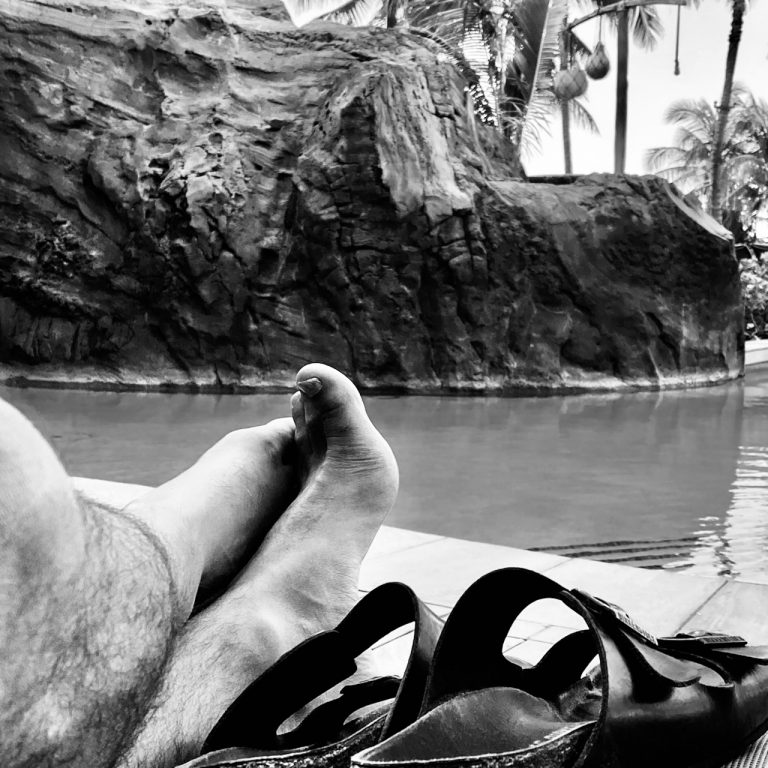 Reflecting on 51: One Last First Kiss at a Time!

This morning I woke up early. Too early. It’s my birthday. I should sleep in. I don’t want to get up, but my internal clock has other ideas. I reach for the recycled saki bottle on my nightstand. I keep them filled with water each night because they’re the perfect size for rehydrating first thing in the morning.

There’s always plenty to do, so staying awake is tempting. But I am tired. Really tired. Last night we went to a Latin restaurant’s soft opening for an early Birthday dinner. When we arrived, we learned they had lost our reservation. After a moment, they found us a table but neglected to tell us they didn’t yet have their liquor license, no birthday margarita for this guy. That was until I got home. The ones I make are better and less expensive than most restaurants, or so I’ve been told. But cheaper and better always mean more, so perhaps that is why I’m so tired?

I check my phone and see birthday wishes rolling in. I know my friend Jill will attempt to get her wishes in before my friend Michael. They affectionally refer to each other as Newman and Jerry from Seinfeld. At least I assume it’s affectionally? It’s early enough that the competition has not begun. However, I do have one message from a dear college friend Mark.

He is always so good at reaching out on special days. I suck at this. When I got married in 2001, he had a job that would often bring him to Colorado. Some of my best memories are him and I eating pizza and drinking beer on my first house’s back deck. He also came and stayed with me during hurricane Katrina after my dad was unexpectedly killed in a car accident.

Perhaps that’s why I am writing this morning, after being dormant for so long. Mark asked me what I was going to do today. He wished me a day of adventure or time for reflection, my choice. Quite a nice gift if you ask me. From what I see in front of me, I chose the latter. 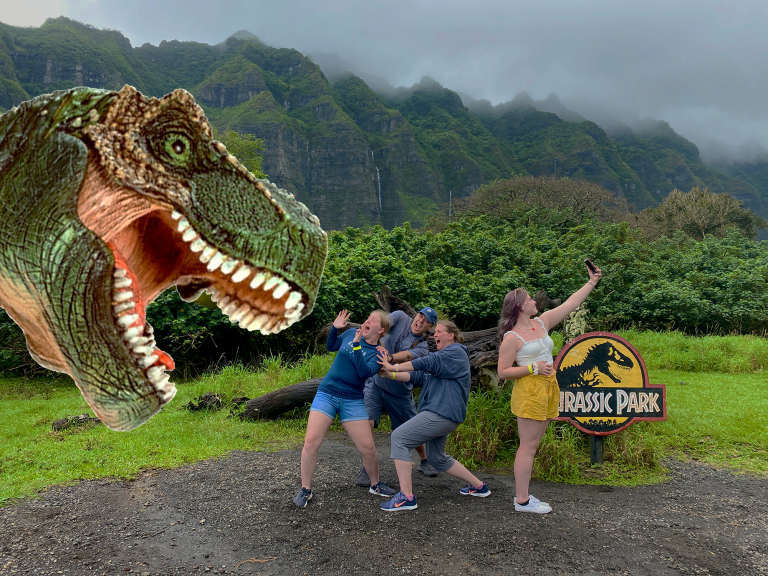 A couple of weeks ago, the family and I went to Oahu. It was a delayed trip from 2020. Originally intended to celebrate my Hawaii 5-0 birthday. Being that I was still 50 when we went, it still worked. Since coming home, we have tried to watch movies filmed on Oahu and specifically Kualoa Ranch. It is most famous for being the Jurassic Park filming location, followed by the TV show LOST and over 100 more. Including 50 First Dates, which we watched last night as an accompaniment to those margaritas. There’s that 50 again. 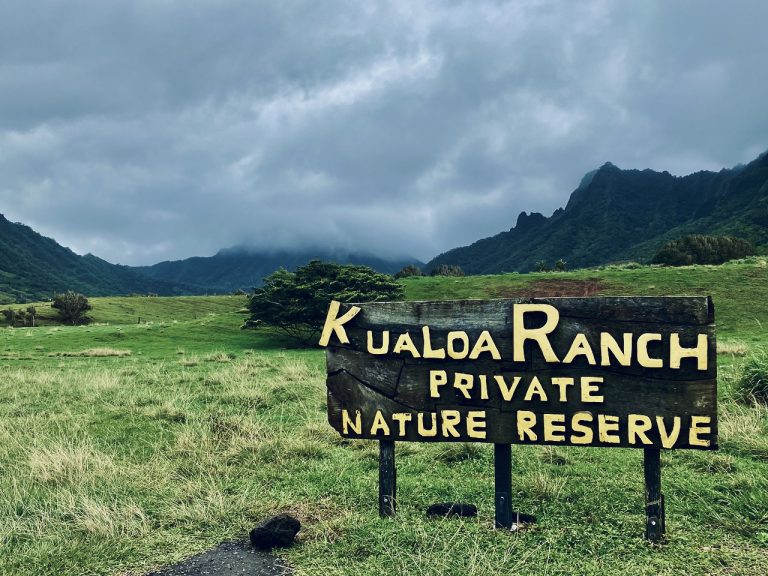 Something about this movie always gets me. It stars Drew Barrymore as Lucy and Adam Sandler as Henry. Lucy suffers from short-term memory loss. Each day Lucy wakes up and has forgotten the previous. A cow in the road caused her dad to swerve into the tree. He broke a few ribs, but Lucy’s head injury forces her to relive the events leading up to the accident, each day over and over. 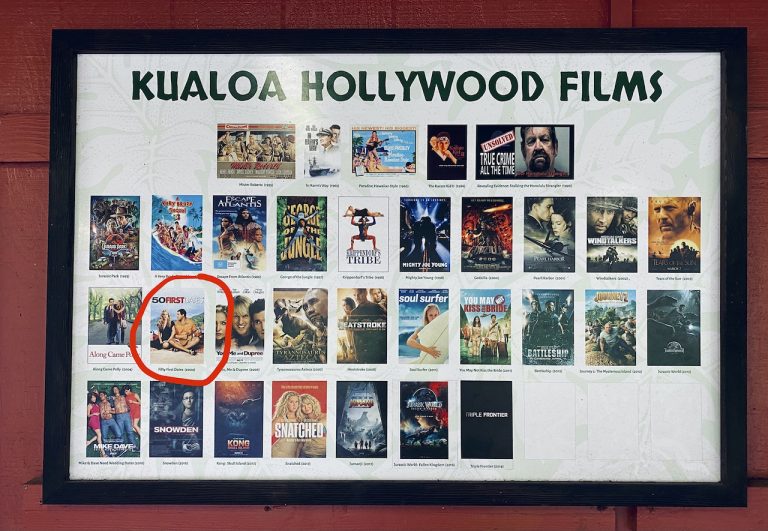 Her dad and brother hide the truth of her condition from her for nearly a year. But Henry tries a new approach. Instead of hiding the truth, they create a video to watch each morning when she wakes up. The video tells Lucy what happened, who she is, and what she has done since but does not remember.

If you just watch the movie as a comedy about sharks only biting you when you touch their private parts, you might miss this gem of a message. The moment is an exquisite reminder of how rarely we appreciate what we’ve accomplished. We are so focused on what’s next that we forget all that we have done.

Throughout the movie, hidden within the silliness is a beautiful story of love, commitment, and a willingness to fall in love every day. At times, throughout my 51 years, that is something I’ve strived toward. It’s not always about finding the next thing. It’s about remembering and appreciating where you’ve been and with whom. Finally, an excuse to use whom instead of who! Yay words!

That doesn’t mean I don’t continue to seek adventure in the great wide open, Ariel style. It does mean if I were a merman, I probably wouldn’t trade my voice for knobby knees and a land-loving prince.

In the movie, Adam Sandler is working toward leaving Hawaii and sailing to Alaska for a year. This leads him to settle for one-night stands with tourists until he meets Drew Barrymore’s character, Lucy. It seems like their relationship is based on his inability to commit and a fear of the mundane. He can leave because Lucy won’t remember. Also, the newness of each day makes their time together feel fresh.

I imagine this is why most people drift apart. They are looking for the spark and fail to recognize the fire it started. Sometimes you just need a little oxygen to keep things going. So stop trying to smother every breath I take, Sting! My apologies; internal monologue found its way to my fingers.

Stop looking for the spark, and appreciate the fire that it started!

Look, the movie came out 16 years ago. If you haven’t seen it yet, that’s on you. But you can’t say I didn’t warn you. Toward the end of the movie, we see Drew waking up in bed. Next to her is a recycled saki bottle. No, that’s not true, but it would be so cool. What is next to her is a videotape that says, “Good Morning, Lucy.” Like each day before, she watches and learns about the accident and her current life.

At the end of the video, you hear Henry say, “now put on a coat and come upstairs. It’s cold out here today.” Before you have time to remember that the whole film was in beautiful Hawaii, Drew looks through her bedroom window. It is revealed to be a porthole. The camera pans back, and you see Henry and Lucy’s dad standing on the deck of his sailboat off the coast of Alaska. At that moment, you realize he has found a way to live his dream and be with the woman he loves.

I feel a lot like that. For those that know my wife Beth, she has given me the rope to explore and be free, but always find my way home. That’s why I made her this mirror for her so many years ago. Technically it was to be a September anniversary present. It took me a little longer. But it still made a nice Christmas present.

There’s actually one more meaningful moment in the movie that always makes me cry. Still, I’m leaving that out for anyone who hasn’t seen the movie.

So as I reflect back on 51 years, I am grateful for all the days that have gotten me here. Sure they haven’t all been the bee’s knees. Which, by the way, is a fantastic prohibition-style cocktail, made even better when you replace the gin with Mezcal. Just one more of those things, after 51 years on the Third Rock from the Sun, that you learn. Coincidentally, 3rd Rock from the Sun never filmed at Kualoa Ranch. But, Snowden starring Joseph Gorden-Levitt, who played Tommy Solomon in the show, did shoot scenes there.

Each day that I wake up, I have a chance to make the most of my life. I don’t always get that right. But that’s what the next moment is for.

There’s one more scene in the movie that I love. Lucy says to Henry, “Can I have one last first kiss.” That’s how I want each day of however many more I have to live to be, One last first Kiss at a time!